Confessions of an IKEA Hacker - Why Hack the PAX - part DEUX;

At the end of last year, I was contacted by ******a. In her e-mail she said she was doing her entire house in IKEA. I replied that it sounds like A LOT of IKEA. She responded with 'Yes, she thought so too'.

******a and her husband were building their dream house. As a professional woman she was used to managing projects, and building her dream home felt like a natural extension of her skill-set. Her husband remained working and she  managed the project - it only makes financial sense. She picked a builder that she liked and put the wheels in motion.

When I first met ******a, she walked me through her freshly framed house, it was still not closed up properly and it was a frigid day - we had a very severe winter here in Ontario, Canada, this year.  She found me through my single add that I run on Kijijii [spelling?]. She called me because she just received a quote back from the millwork place - she wanted to have nice custom closets for all the bedrooms - and she had grand plans for her walk-in closet.

Yea, her walk-in closet was nice - it was large, it had a window. The moment I came in I visualized a nice, upholstered bench under the window- a bench that would also feature a little side table for accessories and jewelry - I don't know, my mind just works like that - when I look at a space I immediately see solutions - IKEA hacks solutions.

The quote that ******a got came out BIG. I know it did. I got enough experience to say that her walk-in closet was probably on the verge of 16 to 20 grand. And then between 3 to 5 grand for the other smaller closets. I assumed that she was getting some nice functional hardware - imagine opening a well equipped PAX wardrobe at IKEA. In my mind I saw around 40K worth of millowork - THAT IS A LOT OF MONEY.

That 40k was the reason why I was there that day - cause I KNOW that I can do better than that AND 'I make it look like a million bucks'! [trademarked].

But here is the painful part though - I kind of felt for  ******a - she was really nice lady - she made me tea and gave me cookies on our first consultation.  She talked about her kids having their own bedrooms and their own closets, and them having dedicated study room - where they can do homework, crafts and big school projects [those are nightmare for the parents! 'cause who ends up cutting, collage'ing, gluing and assembling into the wee hours of the morning - THE PARENTS!].

The challenge was that she already had everything framed - the design of the house called for traditional - in my humble opinion - not functional closets. The framers already framed the house; the carpenters built the boxes; electricians ran the wiring for the lighting and the switches; the closet doors were ordered. And that is ALL EXTRA COST on top of the cabinetmakers who were going to charge a million dollars for the closets.

Are you an interior designer?
Are you an architect?
Are you a homeowner who is renovating?

Are you looking for nice, very functional closets?

HACK THE PAX! SAVE MONEY!

Here is the downlow -

Instead of paying the framer, the carpenter, the drywaller, the taper, the trim-carpenter, the painter, the cabinetmaker - and perhaps some other trades - save money. I will take a wild guess and say the cost of labour of those individuals combined + materials IS MORE than $2500, for which I say you can get a really, really nice closet designed and hacked by me. It will be a very well equipped PAX box that will look totally custom.

Just leave the closet wall empty and get in touch. I will design a nice IKEA PAX hack that will fit seamlessly with your decor. We will take the best of IKEA - it is all very well priced, very well ethically made in Europe and I will make it 'look like a million bucks!'

I ended up not doing the project - I only partially quoted it - there was just so much stuff. There were delays and I had to keep myself busy - another project went through.

I am so curious as to how that project turned out. I am wondering if it would be it good taste to get in touch with ******a and ask how her closets turned out... 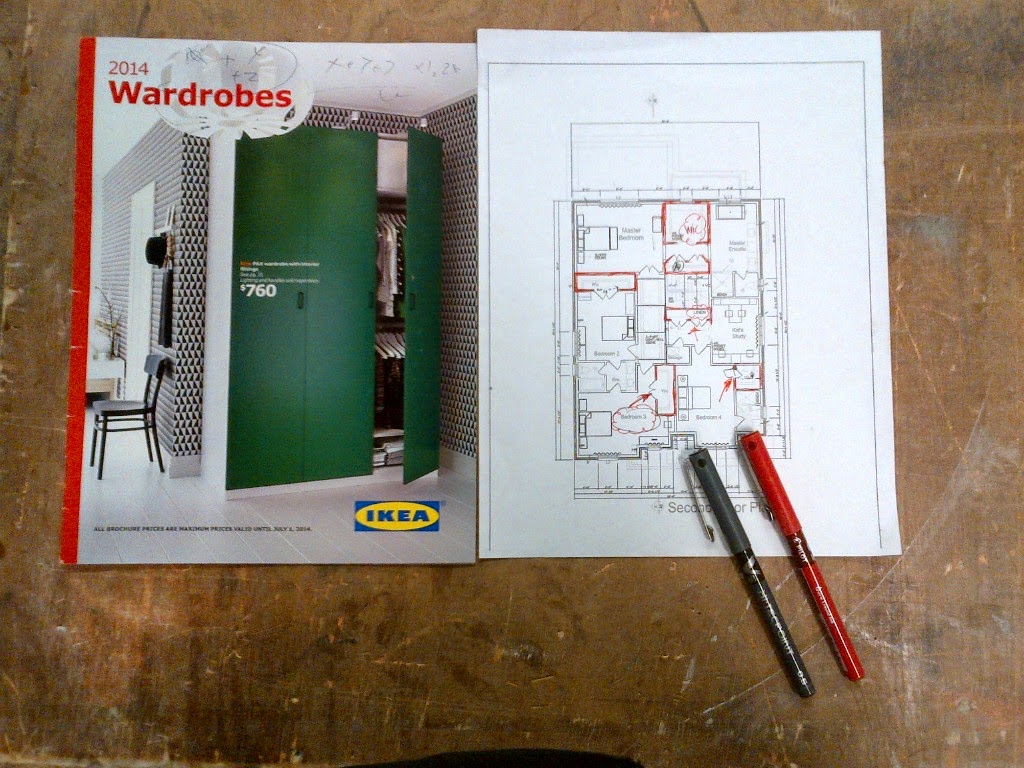 While on the topic of renovation.

Here is a built in BILLY bookcases + an extension,  that I did - its got 1/2'' back, custom kick to match the trim height, a build-up at the top for a crown moulding AND it fits seamlessly [it's got scribes....quality, I say] into a bulkhead and a corner box that had to be there. All it need is for the carpenter to do the crown moulding, the floor installer to come with plank right up to the kick and then the trim-carpenter to cut the cladding to proper height and set it down right on the hardwood.

It looks like a nice and clean custom design. Yea, that is a BILLY - hack. 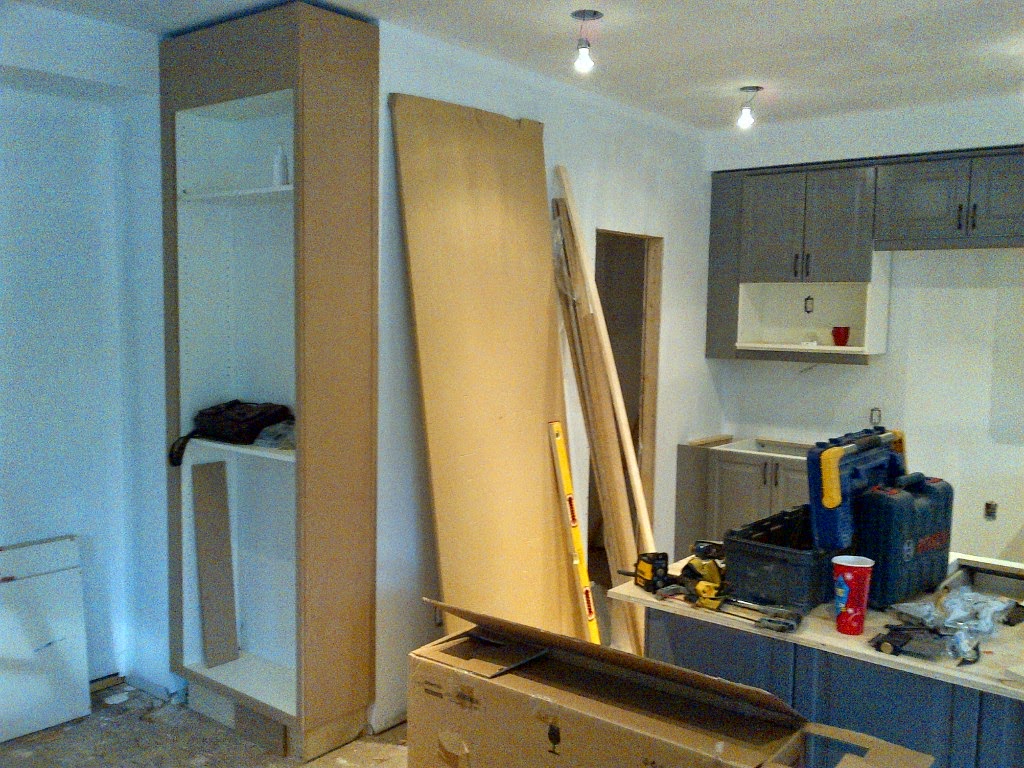 So just about two weeks ago I went to see a painting that featured an IKEA Stefan chair and child. 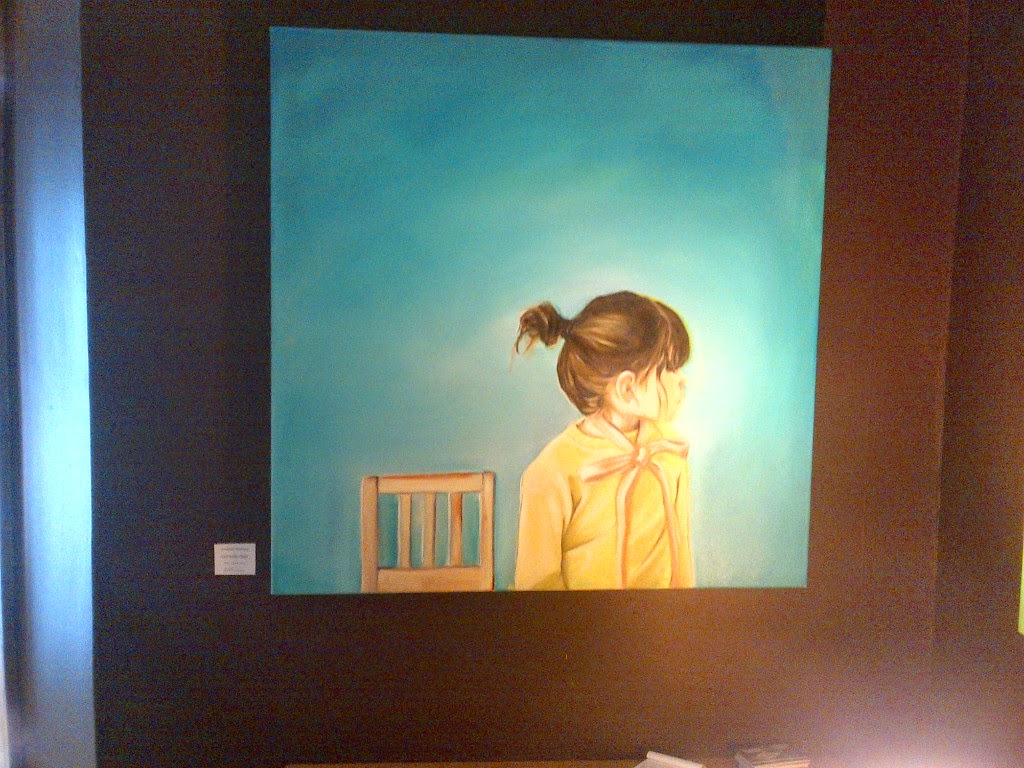 Girl with Chair by Amanda Immurs - you can see more of her work on her Facebook page - just look her up.

As with all iconic chair designs, the imagery eventually precipitates into art.  The case for the Stefan chair in art can be made on the basis of its ubiquity due to its affordability - I own one, and I paid the higher $25 price on it. It only costs $20 now.

It is the perfect starter chair if you want solid wood, and it comes in several colours and they sell very large quantities of them globally.

I will now start looking for IKEA designs in art - it's bound to start popping up. Will report

I am working a wood detective story. It will feature intrigue and dishonest wood traders. I promise it will be entertaining and informative.