[edit:this post is terribly written - needs editing and expansion; but I've been sick like a dog, and needed to get this thing off my chest before this plague I have makes me forget it all] 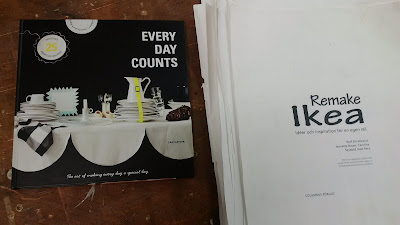 So I am doing my usual rounds at IKEA - you got to keep it fresh. I had a purpose in mind. I needed a very functional pitcher/jug - extra large capacity. I wanted for it to be light weight - plastic - but non-toxic [none of that PCB stuff...] - cooking for the kids is like cooking 4 different dinners [ughh!!] - but everyone can agree on a delicious smoothie - almost a gallon of it a day, and I needed a handy container to store it. And I was certain that IKEA had a product that would satisfy my requirements. And they did have it.

The first book that IKEA published and made available here in Canada - that I am aware of - was a stiff book of Swedish recipes -  you know, them Swedes eat differently than us here, Canadians. And by stiff I mean: formal, to-the-point, rigid - there was very little flair. It was IKEA-blue, hardcover, the size of a notebook, and it was just recipes. I bought that book and I gifted someone with it - 'here', I thought, this is kind of what I do for a living, my obsession. And while at it, I also solved another of that family's problem - how to store plastic shopping bags - instead of stuffing them into a lower cupboard - I installed 2 Variera, those plastic half-tubes with holes, on the door of that cupboard - everyone should have one of those.

Today, IKEA fully recognizes what kind of sway it has on modern society, and takes full advantage of its dominant position. If you, as an individual were ever curious as to what humanity needed for existence - on a household level, than the easiest way to witness those needs satisfied at a very reasonable cost, while being good for the environment and humanity, would be to go to your local IKEA store. 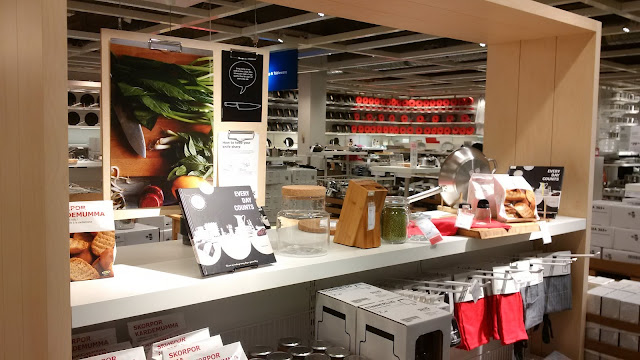 I have been thinking long and hard - observing IKEA - analyzing IKEA - because unless you are an IKEA insider [I almost did become an insider - a carpenter for the IKEA North York location, good story there] than the only way to gain insight into the corporate monolith is by observing their actions and decisions, and deconstructing them. Before anything changes at IKEA, vast sums of money are spent on research - I am certain that only optimal and ethical solutions are reached. Professionally, nothing brings me greater pleasure than reverse-engineering IKEA* - I love hacking IKEA.

'Every Day Counts' is IKEA's latest release. It's a cool book, hardcover, and it comes with post cards in the back [for some odd reason, people tend to like IKEA post cards]. Printed in Italy, no single author, just a publishing house. There are pictures that feature IKEA products heavily - almost exclusively - there is text and stories and a message - there are recipes. It is not for me to summarize all that for you, it would be unfair - I think everyone will read it differently**. I would call 'Every Day Counts' an IKEA lifestyle book - if such genre exists - I think my blog is an example of an IKEA lifestyle, I think. It is an attempt at IKEA to 'normalize the IKEA experience' - all brands - especially luxury brands - produce their 'lifestyle publications' - they show the consumer consuming in an appropriate way.

[EDIT]
I had to put this in. Originally I wasn't going to; I was going to leave out the literary quality critique - but I decided against it. See, I am a writer - or think that I am -  and English is my second language. And because of that language acquisition I am very sensitive to it's nuances - oral and written. I also continuously self-study the mechanics of language - if you read my blog you hopefully will notice that I like to have fun with language - occasionally I intentionally put in mistakes or invent words - but that is just to jot your reading a bit - throw you off the track - no word is arbitrary and everything counts.

So you can imagine how piqued my curiosity was when I learned that IKEA has a 'verbal identity advisor'? When I read that, it sent shivers down my spine. Which company do you know of,  oh-so carefully manicures its sterile image down to its 'verbal identity'? Does this mean that the book was originally written in Swedish and then translated?

For the little amount of actual text content present, it appears that the book was conceptualized/designed in another language and then written by a non-native speaker. Don't get me wrong - it's all properly written and there are no errors, but the 'flavour' of the language seems foreign - a little 'pale'. Some phrases and word combinations seem slightly 'unnatural' - as if there was an attempt to translate a concept.  Some nice play on words.

To suggest that, for example, you could throw a successful wedding reception, using all IKEA products - in a nicely designed way - you could probably do it yourself even - if you got some design skills. It would probably be cheap to do - read cost-conscious. But that would be outrages! or maybe not. I recently staged a house with IKEA products - found the right room and copied their display - including linen arrangement - item for item - and it worked. 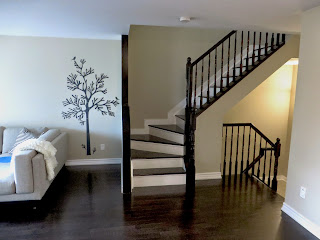 But what about that other book? The one IKEA did not want you to see?

I am a furniture maker. I can build anything out of wood and I've built some crazy things***. But when I need to get some furniture built for myself, or maybe I need some components/parts of furniture - my first thought is IKEA - what can I hack? Perhaps a MALM dresser? 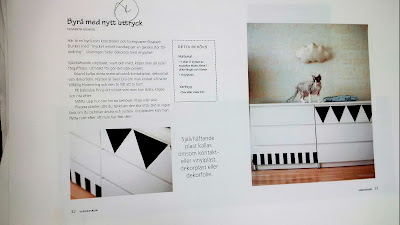 Or maybe a Billy bookcase? 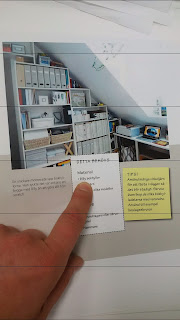 'Remake IKEA' was a published collection of IKEA hacks, sourced from Yules Yap's website ikeahackers.net. It was do-it-yourself hacks - amateur hacks - everything from surface decoration -  such as staining, painting, all sorts of applique - to more ambitious hacks that involved power tools and modest carpentry skills. 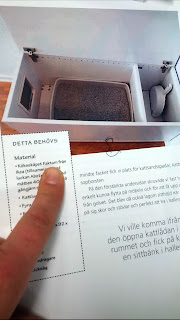 Since cats are all the rage on the Internet, here is an example of a cat litter-box solution using IKEA's kitchen cabinetry - FAKTUM - the predecessor to METOD.

As the book progresses some IKEA hacks get quite complex and structural. It is obvious that people were putting a lot of thought and effort into them, but in their attempt to be creative they were often breaking some fundamental woodworking rules [for example you should never be cutting into IKEA torsion boxes - those lightweight panels used on the LACKs, for example; the structural integrity of that panel depends on the fact that all exposed edges have solid edge - that cardboard honeycomb interior has no strength without it; also, it is only the edge that will hold any fasteners or glue].

I don't blame IKEA for getting nervous on that issue and shutting this thing down - safety is huge in design - and eventually going after IKEAhackers. `

Just few days ago I get a call from someone who wants to use the BESTA media unit in their office - why not? They are nice boxes, they stack well and can be wall mounted. I ask for a picture of the design - the sketch shows additional work-surface spanning few vertically stacked boxes. But they also want to add a full-extension 'proper filing drawer' - at the top. Two things set off red flags in my head right away - heavy drawers fully extending - that is a recipe for disaster. And all they need is the filing drawers made to fit the BESTA - and they are willing to pay when I tell them that everything about that box needs to change - upgrade the slides, sturdy drawer box, proper 'filing' hardware, etc...But it did not feel comfortable just making the boxes - what if something happens? Huh? Like a tip-over because the drawer is overloaded? Or this thing comes off the wall because not every steel stud was 'caught'. Yes, things do happen!

Did you know that IKEA issued a warning - not a recall - a warning - about their MALM banks of drawers because they would tip over occasionally and crush children? Yes, go to IKEA and pick up a free wall anchoring kit for your MALMs, and actually some other cabinetry as well. Safety first! 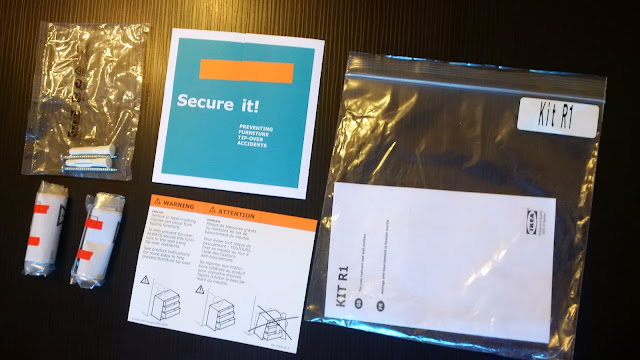 And so I quoted the project with my install - I would ensure that the design be reasonable. Office walls are typically hollow with thin drywall and steel studs - and when you are installing, you want to ensure that you hit every one of those studs [ideally twice and use PL500]. It would be solidly built, for a reasonable cost, and that thing would never come off the wall - unless with the entire office, but that's another story altogether...

I don't want to have my name attached to a Christmas office party fatality.

And so they killed the book.

*I have this stupid obsession with their SEKTION kitchen boxes - I try to figure out which way the panels are cut [clockwise or counterclockwise] and for example they edge some of the panels before cutting - saving a step in manufacturing - cheaper for the consumer.

**not trying to be 'deep' here. I think people genuinely like IKEA, and for many reasons. 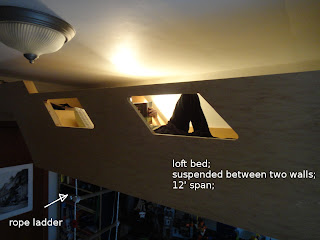