OK. So if you read the LAST POST you know that I am writing IKEA FICTION. 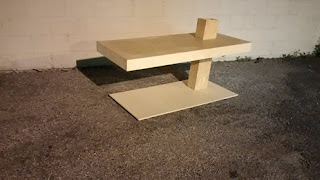 [this here is a work of fiction, in progress, and thus feature spelling errors, awkward grammar...etc.] I am in the process of writing it mentally - I got all the characters nailed down.

Chapter 1 How it all began.

I don't know when I am gonna write it. I barely have time to update the blog. But those days on the table saw let me think. First things first, the story is written in a pulp fiction style. Characters are true to themselves and the language and action is rated R - it's an adult feature, unrestrained but sparse and tasteful.

A fresh graduate from fancy prestigious design school- let's call him XX for now, because I don't have a name] talented but cannot find a job. He volunteers, does art shows, writes in for some free blog, finally he gets a job as a barrista at a coffee joint that has medical benefits, which is the only thing that is keeping him there. His love life is non-existent. He split from his long time girlfriend not too long ago and he's been too busy trying to launch his design career, to be seeing anyone. His lack of success begins causes him to question his career choice and he starts to have strong suspicions that the design world is set against him, and he is really tired of it.

The Design world, it seems is rigged. Shows, awards, recognitions....are seem so arbitrary

She, a journalist [with a  minor in sociology, 'too give her an edge'] student, in her last year of school. She knows how competitive the writing scene and she is looking for a good break out of school. While in cafeteria she over-hears two post-grad industrial design student talking/discussing a conspiracy theory that exists in the furniture design world - how it is all rigged. She senses a good story that will resonate with the young hipster, 'over-educated-for-the-economy' audiences.

Leaving another unsuccessful interview, he takes an Uber ride to his buddy's condo loft - James. James is everything that XX is not. 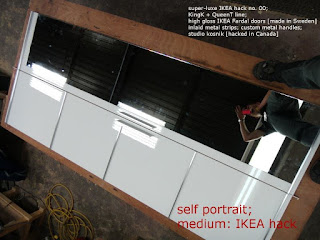 James is neat and super organized. He is a gamer and spends large amounts of time playing various video games. He works as a PI fraud discovery. Athletic, but his vice is 'daytime alcohol'.  He is married to a school librarian - attractive/alterantive type girl, dark hair, green canvas jackets - she brings books destined for pulping due to age and builds a huge library at home [they have a wall of large, tall, dark wood bookcases filled with old books, and in the middle a large screen flat 4k TV]
Posted by Karol Kosnik