I have these two incredible IKEA hacks in the works. One is Billy Bookcase, the other one is a stunning Hemnes hack.

Oh I am gonna do a number on that Billy Hack. It's a very classic design - I want to say sophisticated and subtle. I am going completely out of my way in terms of craftsmanship. The fireplace is built like a tank - single piece front. For the facing there is a beautiful marble mosaic, that now - on the advice of a good friend and a well experienced craftsman - will be installed properly on cement board.* 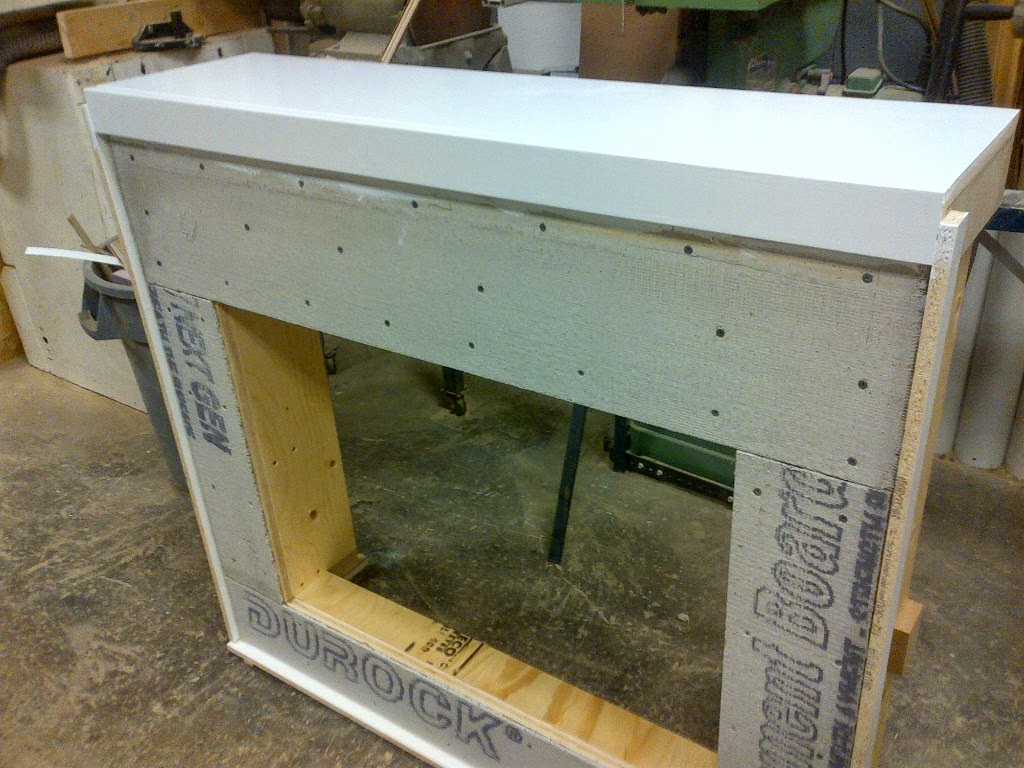 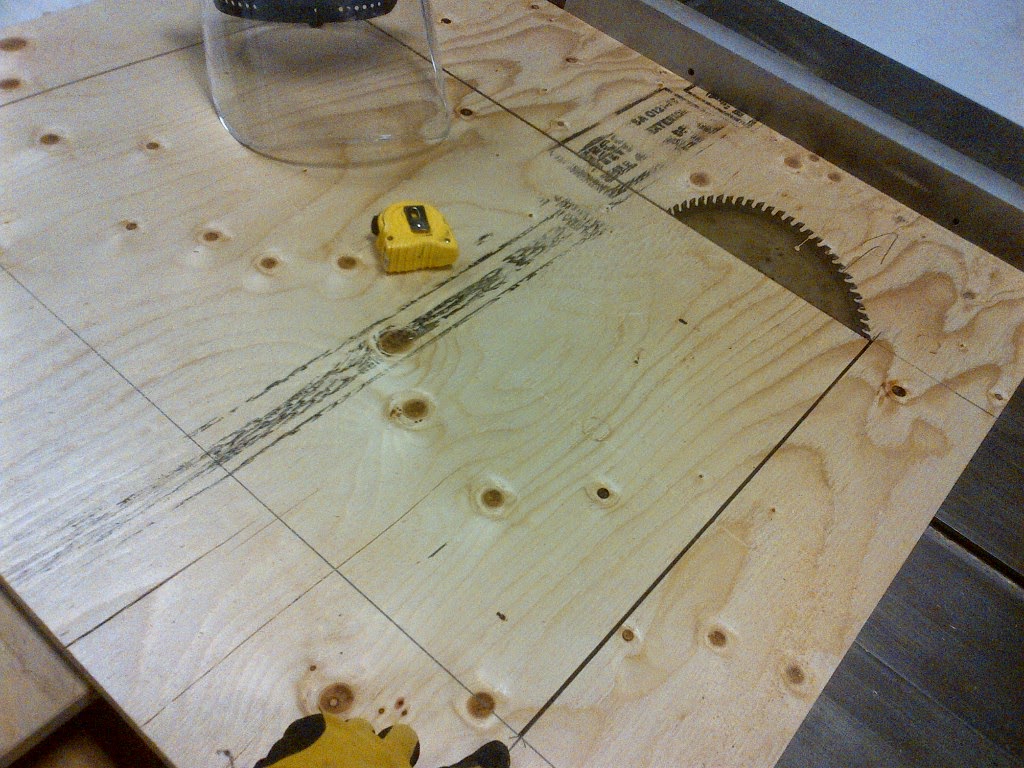 The shelving on the Billy bookcases, is half open - exposing a the back wall - nice! - and thus only 1/2" backs will do on the covered side. The adjustable shelves will get solid wood strip at the back - some on top, doubling as stops for books so they don't hit the exposed wall behind. yea. 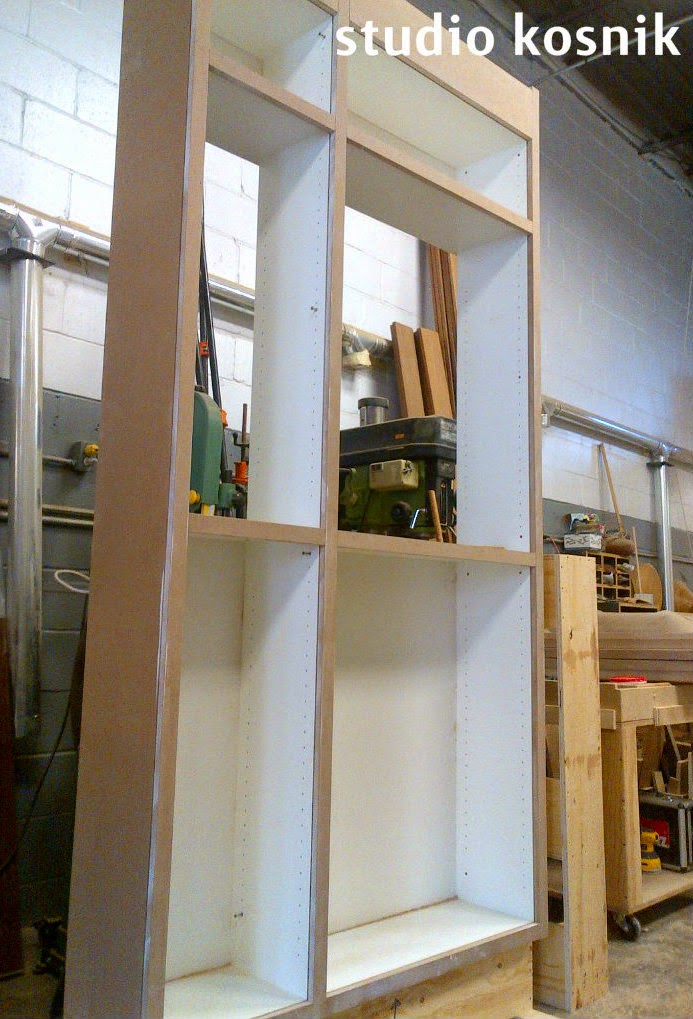 It is such a pleasure to built such high craftsmanship designs.

Stay tuned for the final reveal.


*to obtain that good piece of advice and to drop the fireplace off, for the tiling, I drove at night to a charming small town in Ontario, Canada - it was dark and stormy, the sea was angry my friends. But I rest easily knowing that it will be done properly and it will be beautiful.

Chapter 2 -  [LOTS OF TEXT - could be boring - but makes for good shelving! - SKIP to Chapter 3 for more excitement]

One of the best things about IKEA hacking is that you are working with products and technology that is at the forefront of innovation - product design, sustainability and engineering.


When I made world's first Billy Bookcase unboxing video* - (!!!) watch it, it's at the bottom of this post - one of the coolest things I noticed were the new shelf pins. 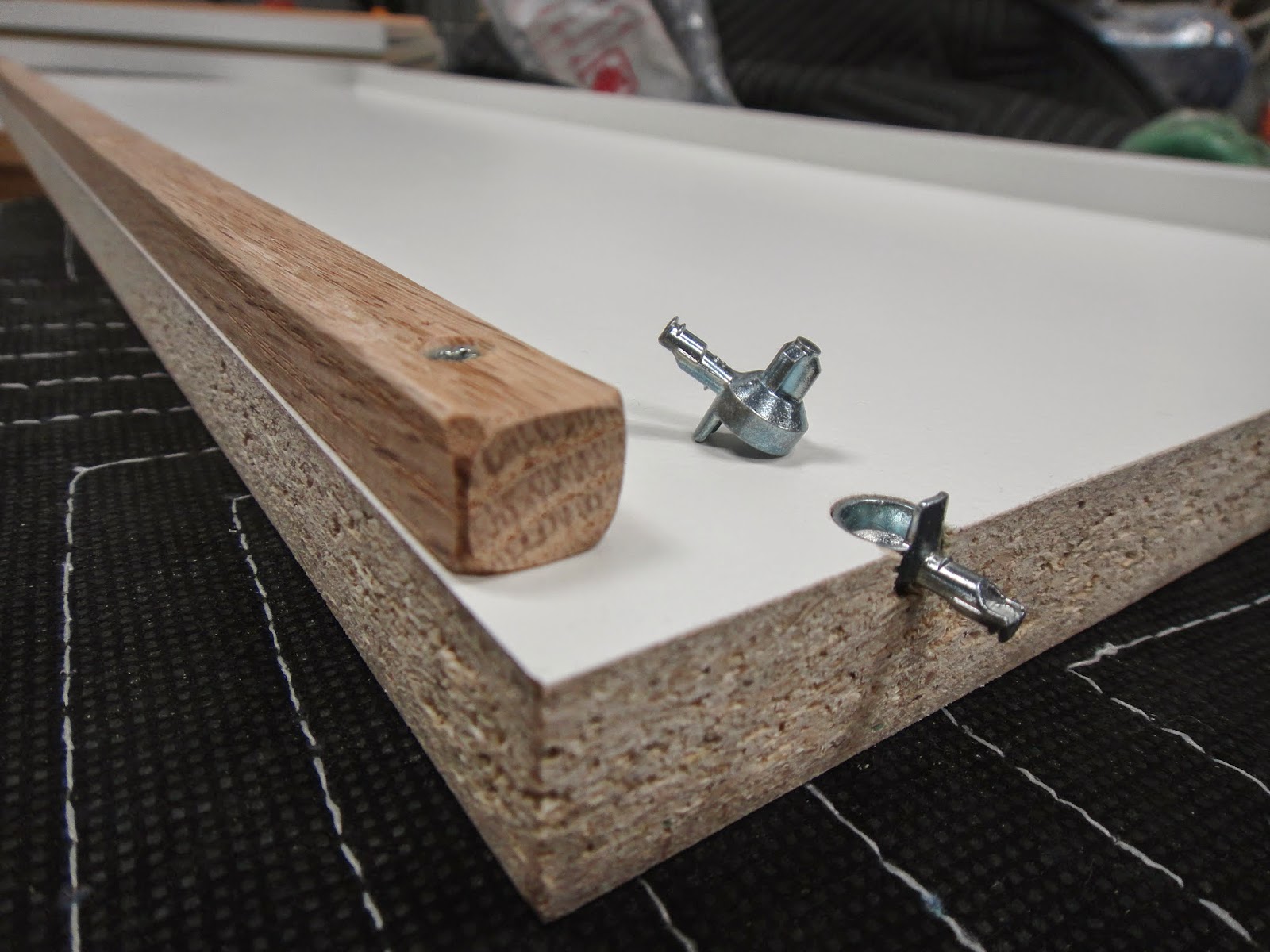 That is a very clever design - it's strong and it is very safe. I feel kind of silly getting excited talking about shelf pins, but hear me out - I'm a hardware junkie and good hardware makes for excellent and functional cabinetry.

In the good old days a shelf pin was just a straight pin that would go into a hole - and that's it - the shelf would just sit on top. This was not optimum because it was easy for the shelf to slide forward, off the back pin - say during pulling a large heavy item off the shelf, and not necessarily a book - and it would result the in the shelf crashing down below. To address that issue, IKEA product designers decided to notch the shelves for the pins - with that improvement the risk of the shelf just 'rolling off' the pins was virtually eliminated. You actually had to tilt the shelf up to pull it out.  That was a good and simple solution.

Now, enter, what I call the IKEA 'cup pins'! This is a brilliant solution! In my opinion - the way IKEA designed their shelf pins - the dynamic, adjustable, floating part of the bookcase - the shelf - becomes a structural element adding rigidity and strength.

First there is what I call 'the cup' portion of the pin - you guessed it - looks like an inverted design for an  North American large size travel coffee mug - I know I drink lots of coffee on the go! You know how your over sized coffee mug fits in your cup holder in your car - how the bottom portion is tapered? Same idea! Each IKEA Billy Bookcase shelf is drilled with four 2-stage holes - a larger hole which then tapers to a smaller hole. This ensures that the pins always center properly and are locked securely.

Second part is the foot of the pin - the part that gets inserted into side of the bookcase. IKEA made them slimmer and introduced two 'teeth' to the design. Under load, the tendency of the 'foot' is to tilt up - that's when the the two 'teeth' start biting and ensure that there is no way that the pins slide. Clever!

Third part is the 'support' - SO MUCH design packed into that little shelf pin! - IKEA included a little lip that helps stabilize the entire pin under load.

Conclusion - with their new shelf pin design, IKEA manages to address all the deficiencies of old shelf pin designs. And while you would normally have to reach out to specialty suppliers to get similar shelf pins - if say, you are a cabinetry connoisseur - IKEA includes them with every Billy bookcase they sell. That's Deomcratic Design! With this shelf pin design each shelf becomes an integral, structural part of the bookcase - the more you load that shelf, the harder that little pin works!

One of the funnest parts of designing and building IKEA Hacks is that the clients come to me full of awesome ideas for their cabinetry. They want lights, they want crown mouldings, they want fabric or wallpaper on the backs - they want no backs at all! - open shelving! They come prepared with images, and even videos! With the vast resources available on-line - like Ikeahackers.net - they have done their research and they know what they want.

In this case the client asked that units be open - have no backs - leaving the wall behind exposed. It's a very good decision as the space is tall but fairly shallow - extra visual depth is always good.


Here is the mantle piece, that will be flanked by double Billy hacks. The insert is really nice - it is an electric model, suitable for heating up to 400 sq. feet. It's also safe, as the front glass does not get hot. Rather, heat is generated by a heating mechanism - very quiet - and the hot air is forced through a recessed grill, that cools off quickly, once fireplace is switched off. Another nice safety feature is the fact that the fan remains running until the heating element is completely cool - there is a built in sensor switch. The mosaic is marble with beautiful sheen - it's almost sparkling in bright light - stunning material. 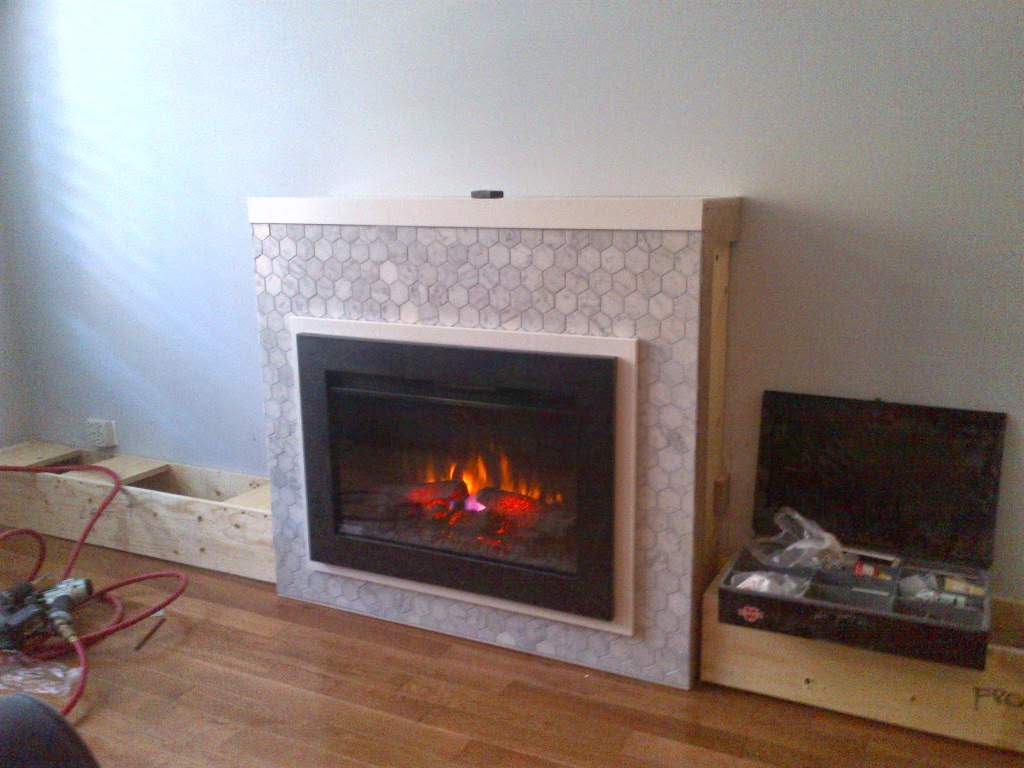 Everything is ready for an install on Monday..... 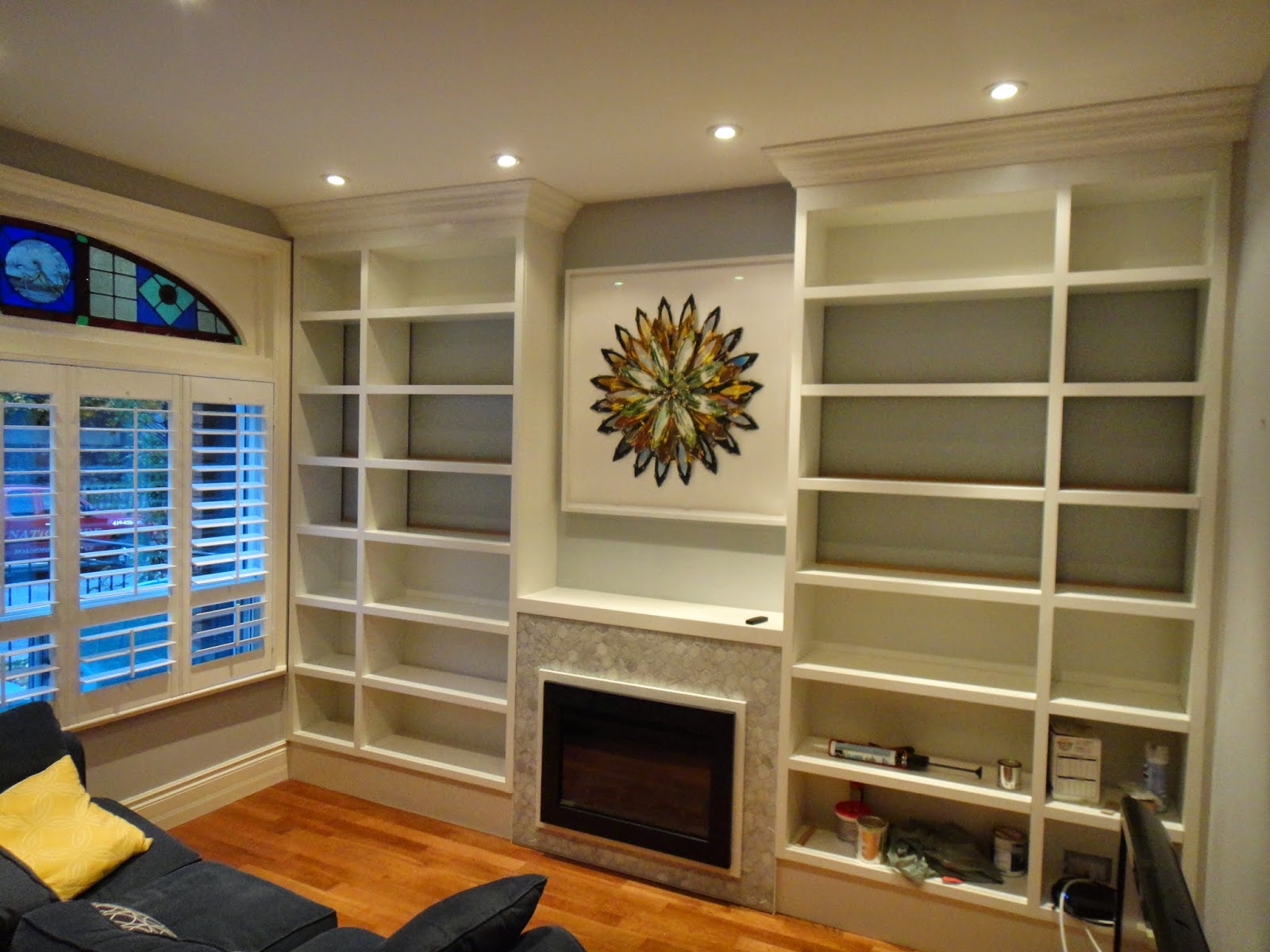 This is my directorial debut, so please be kind - many influences to unite, tried giving it a bit of early Woody Allen.


*I hope that it will go viral! No one has done an 'unboxing video for Billy Bookcase!' Oh the drama, and anticipation.... But the curious fact remains that I am the first human to touch those pieces, as BILLY bookcase production is entirely mechanized and runs 24 hours a day, seven days a week. About 40 tons of BILLY bookcases get made a day. They are stored in a fully automated robotic warehouse.


pps. Wow! It's already being loaded!

Nice comments I got:
A] The shelving is nice and deep! Even largest books fit well.
B] The shelves felt very solid.
C] Awesome! 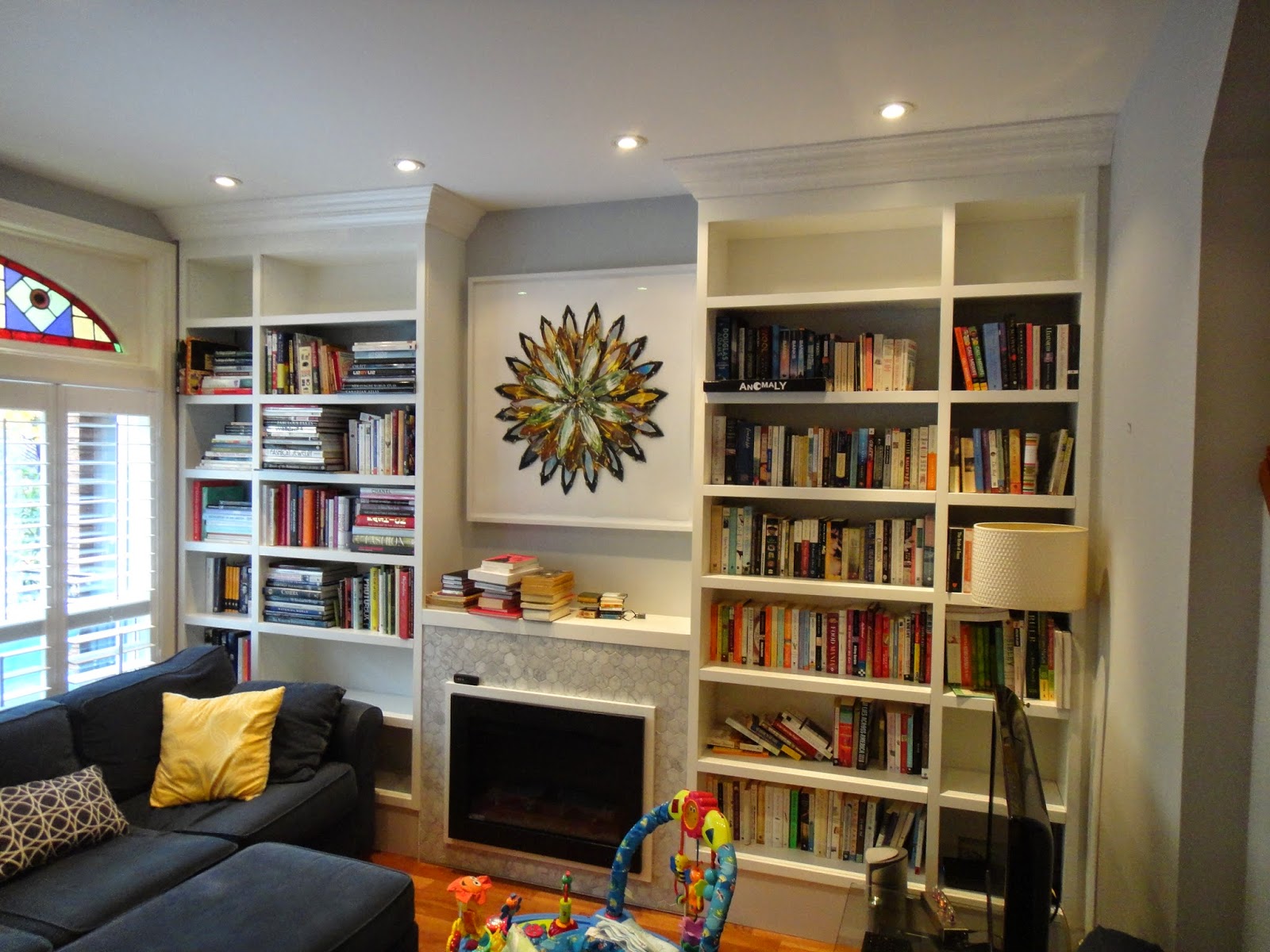