The Designer - Karol Kosnik - but a Maker and Hacker too. 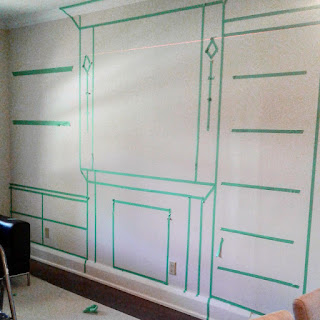 This is it  - you either make it or you don't - is there a demand for your vision of the world or not?

I do think that every product designer that graduates from a design school - and by 'product' I mean specifically things that people will interact with directly or in-directly - hopes that they have a unique vision - they have 'the' vision for something that will change the world.  And nothing could be further from the truth than furniture designers.

We all need furniture. We also know well what a good chair feels like, what comfortable sofa is like, what a handsome credenza functions like - in some ways it's the universality of the human experience - our quest to surround ourselves with objects we find beautiful.

Right now, this weekend it's the ICFF - International Contemporary Furniture Fair - or at least that's what I think the acronym stands for. People I know, contemporaries, friends are there right now, in New York City, presenting their products and ideas to an audience of industry people - architects, designers, people interested in good design.

I am religiously following the hashtags on Insta - successful furniture in some way is purely visuals - if you are not captured by it visually you are unlikely to explore it further - I've never been attracted to ugly furniture, and had no desire to really test them, UNLESS, they were in a category that 'it's-SO-Bad-that-its-GOOD [things like that do exist, I believe]. Yeezus, some of the designs are good, and I really like some of them, and some I saw thought were just mediocre [so execution is flawless - some people get trapped in that often, focusing on the skill rather than the design; once you are a master of some skill  it is important to still grow and challenge yourself - one way to do it is to design withing your expert field].

I just had this crazy idea - that if you can ask about your creation - is it reasonable? and if the answer is 'yes' than it is not art. I think art needs to have an unpredictable component.

But back to ICFF. No way I am ICFF ready. I don't think I have enough of a strength in my ideas just yet, to show, and be very successful. I don't want to sound cocky or anything - but I do want to sound confident. It's been like 10 years since my first show - the first Radiant Dark - we showed Jackie Treehorn, that table that was stolen from me - check my Instagram for that story and the visuals, if tickles your fancy. I remember sneaking some liquor to the opening party that time - and what audacity - we re-used original plastic LCBO bags, they were great and people re-used them for other things too. Why? What artist/designer would sneak some liquor to their own opening? I don't know - I can't remember - I was young and stupid - I can't answer that question, but I am assuming that there was a perfectly logical and reasonable explanation for that. It was a blast! It was a good party! - that's what I remember!

It was a bit overwhelming this Design Week - I did not anticipate such an amazing response, but it only makes me thirstier for another great show. Yea, I had some good and great ideas, but nothing of enough of a calibre to make a serious dent on scene such as New York - that's real big leagues. And I dare not even phantom Milan - yeezus! that is like at least 5-8 years away. But people are doing, so why not?

When I don't design and build furniture I attend to projects like these. 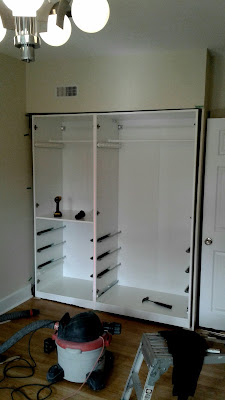 [picture shows PAX boxes being installed within a wall cavity]

I am gonna spare you the write up on why I like the PAX - I've written on it extensively [hit the PAX label on my blog]. But the critical key to a successful PAX is the install portion. Plus if you want to make it look like a million bucks than you definitely need to hire me. If your house has gracefully aged - like this one for example - to straighten it out would require tremendous effort, in the process completely wrecking a lot of the finishes  - like old marble floors, built-in cabinetry - which also nicely settled.

This one is a rescue, the installation already happened - but it was so grotesque [that's the only word that came to my mind; like a bad clown] - that it just needed to be rescued. This portion of the project is just an exercise in keeping things plumb, level and square. The next step will make this project 'pretty' - I am considering how to 'make it look like a million buck$' - ain't nothing wrong with that. Plus there will be some nice custom bookcases to the left.

*edit: people are upset that I wrote that it is a 'rescue install' - let me state that there are wonderful trades out there who do an awesome job - but cabinetry [which includes IKEA cabinetry] is a special trade. You have realize that in order to install cabinetry properly - for it to not only look good but function properly - YOU DO NEED TO INSTALL it PLUMB, SQUARE and LEVEL. If you won't do that it will not work properly. Sometimes it means having to hack the cabinetry, OR doing some small OR major tricks to get it to sit properly. I've been making IKEA cabinetry look good for ages now - I know what I am doing, I know what is required. IKEA cabinets were not meant to be installed by everyone, yea, sad truth.

Once I am finished I will upload some pics.

Client sent in some finished pics. Here they are. She is still hoping that I will be able to hide that horrible slope in the floor [as referenced to the cabinetry]. And I do have some ideas on how to do it!

Remember, regardless of whether you want just install, build it in, or 'make it look like a million buck$' - PAX  closets are THE BEST DEAL AROUND! And the flexibility of hardware, fittings, shelves, organizers, boxes, baskets, 'hanging-things' means that once the box is installed it can be customized by the end user - no need for expensive call-backs! 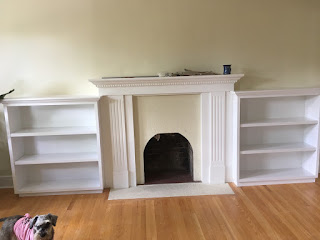 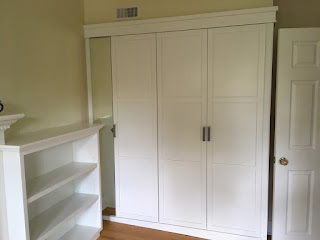 [picture shows a built-in PAX wardrobe with IKEA doors painted to match the trim; the best; best part is the entrance door to the room swings within 1/4" of the decorative side panel and crown. ] 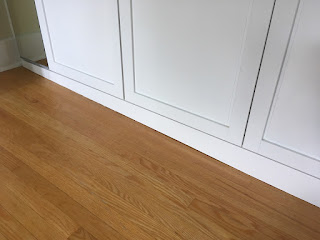 ** there were no arbitrary decisions here. When the door closes on that closet it comes within a 1/4" of the end panel. Yea...there was a lot of planning on how to make it look good. And I think I am successful. Screw off HomeStars!!